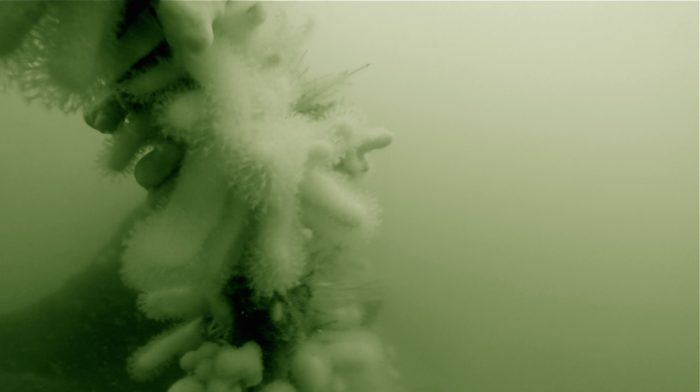 Other Space – Underwater explorations of the RMS Tayleur.

The RMS Tayleur was on it’s maiden voyage from Liverpool to Australia. Built in Warrington it was pride of the White Star Line and was the largest merchant sailing ship in the world. During a stormy night in January 1854 the Tayleur hit rocks and sank off the north east coast of Lambay Island in Dublin Bay taking with it half of it’s passengers. Now lying 15m below the sea’s surface, the Tayleur’s iron structure hosts a “natural-cultural ecosystem” (2)

Other Space was a multi layered project, it was concluded at the “Resort Revelations III” event in Portrane on 3rd September 2017. The work involved an exhibition on a boat, an evening of talks about the Tayleur by Laddie De Jong and Eoghan Kieran, a boat journey to the site of the Tayleur, a book and a film.

I first heard the story of the RMS Tayleur while I was researching for my Lambay Swims project. It was while I was on the UCD Art in Science Residency in 2015 that the opportunity to learn to dive came up and also a chance to expand my swim art practice to a new dimension, exploring under the surface of the water. I joined the UCD Sub Aqua Club and spent the next 2 years training so I could go and visit the Tayleur. 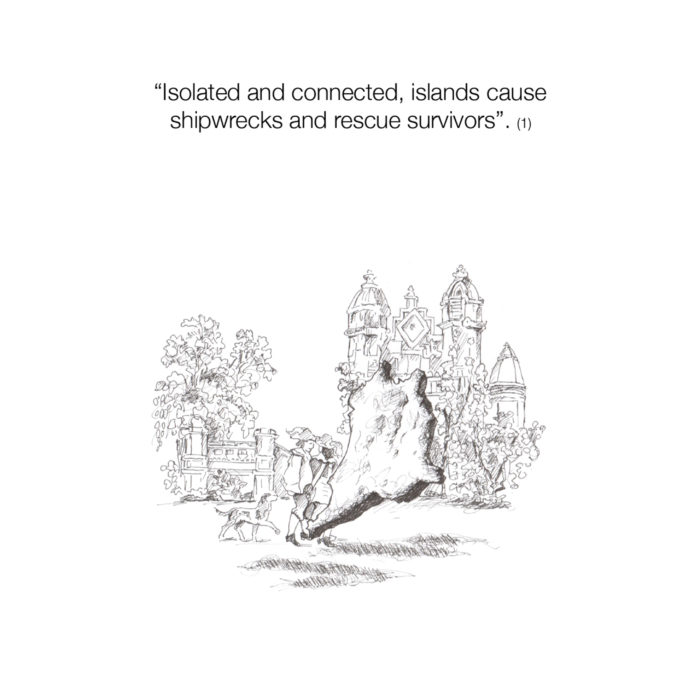 A page from the book. This drawing is a detail from a plate that Billy Crowley had brought up from the Tayleur in the 60’s. Most of the Tayleur crockery is deteriorating and cracking. The quote is from Steve Mentz “Shipwreck Modernity”

I first met Laddie De Jong a salvage diver during the Fingal Arts “Resort Revelations” residency in Portrane in 2015. During his time diving the Tayleur in the 80’s  Laddie and his diving partner Miles Dockrell brought up many artefacts including the binnacle that housed the compass, the boss of the steering wheel, and a Royal Suite flushing toilet, the Tayleur being one of the first ships to have flush toilets on board, and over a thousand pieces of crockery. These items are in the public domain in various museums. Myself and Laddie met several times and discussed the Tayleur, Laddie was a crucial part of this project. 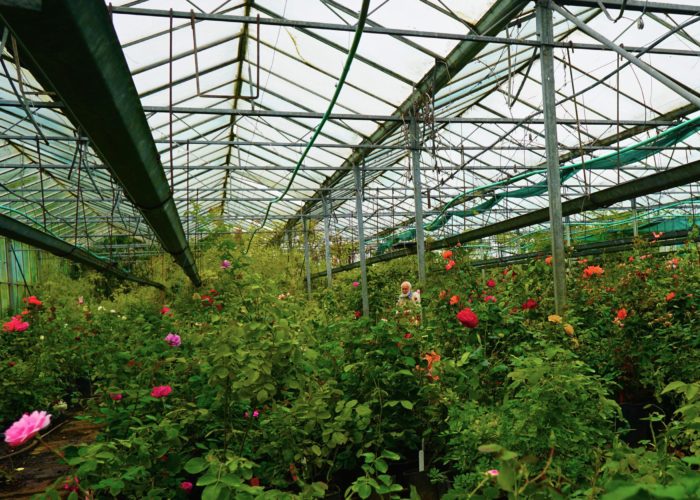 In 2015 when I first met Laddie here in his Rose Garden Centre in Lusk.

I also met and interviewed Billy Crowley a diver who in the late 1950’s rediscovered the RMS Tayleur with his diving partner Tom Shakespeare. He and his dive peers were pioneers of diving in Ireland in the 50’s, they used to dive in jumpers and long johns before wetsuits were invented.

Geomara is a subsea survey, asset protection and intervention service provider based in Galway. On 11.07.17. they conducted a Multibeam Sonar of the Tayleur, I was lucky enough to go along with them for this trip and was allowed to use their data collected to create a 3D printed model of the Tayleur. 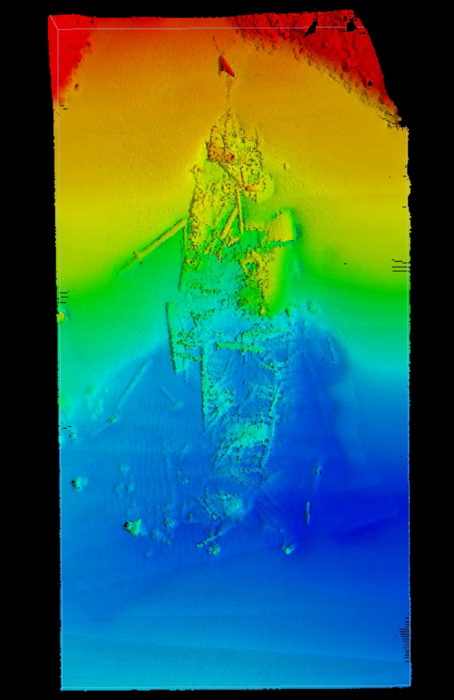 An image of the Multibeam Sonar that Geomara made that shows how the Tayleur looks today.

Through my experience of the diving the Tayleur the installation and film work hopes to make visible the depths of what’s below the surface to a new audience. The work considers the blurring of boundaries between culture and nature, new life taking over the ship and the way in which histories can come alive through stories, interactions with place and with artefacts that are bought up to the surface and also through technology such as a Multibeam Sonar.

“…the boat is a floating piece of space, a place without a place, that exists by itself, that is closed in on itself and at the same time is given over to the infinity of the sea… you will understand why the boat has not only been for our civilisation, from the 16th century until the present, the great instrument of  economic development but has been simultaneously the greatest reserve of the imagination.” (3)

A PDF of the book, click here to read – Other Space

Below is a film “Other Space” 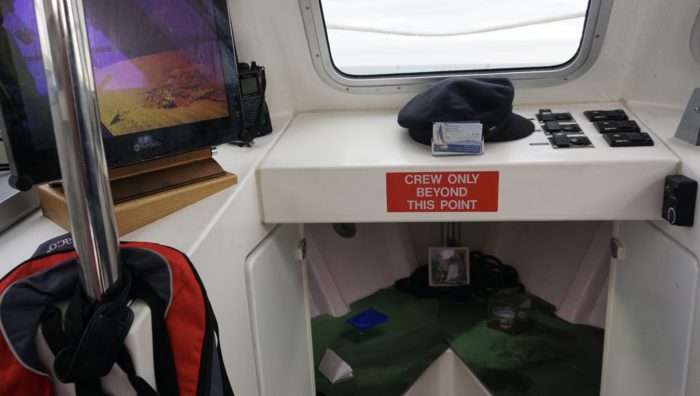 The installation on the boat, this included a film work from my dive on the Tayleur and animations from Geomara, a 3D printed model of the Tayleur as it is today, photos, a vinyl collage and book. 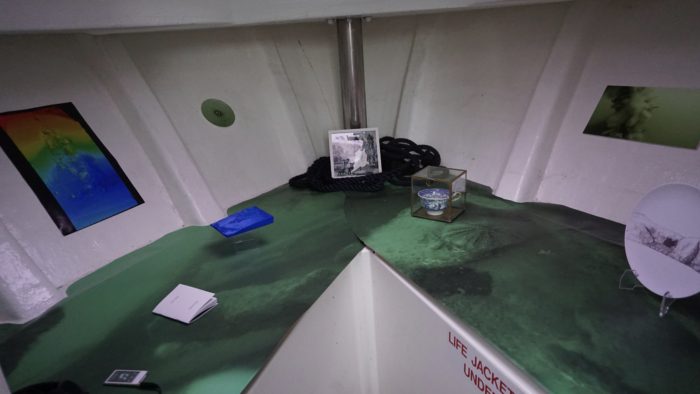 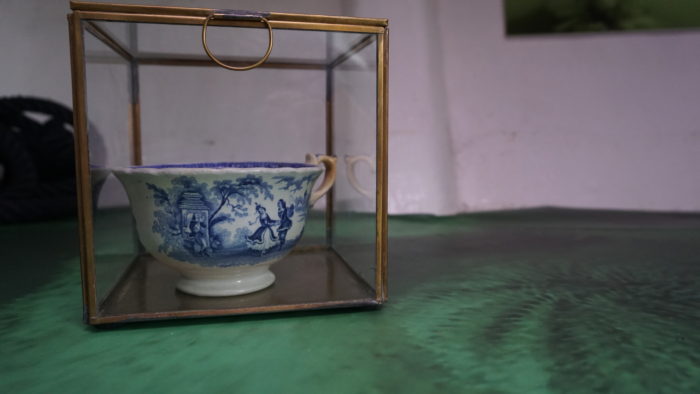 A cup that Laddie salvaged from the Tayleur in the 80’s. 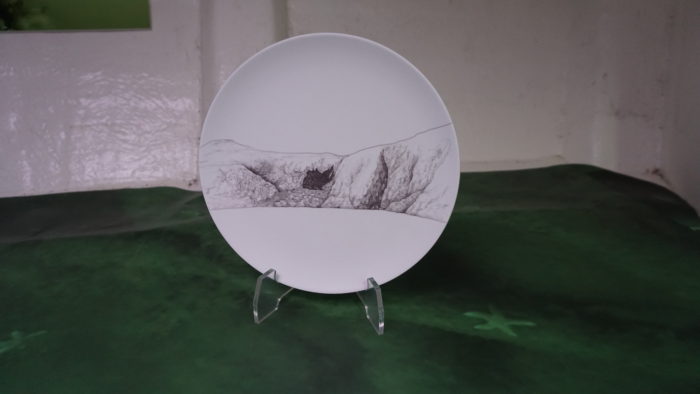 A drawing of the site of the Tayleur printed onto a plate. 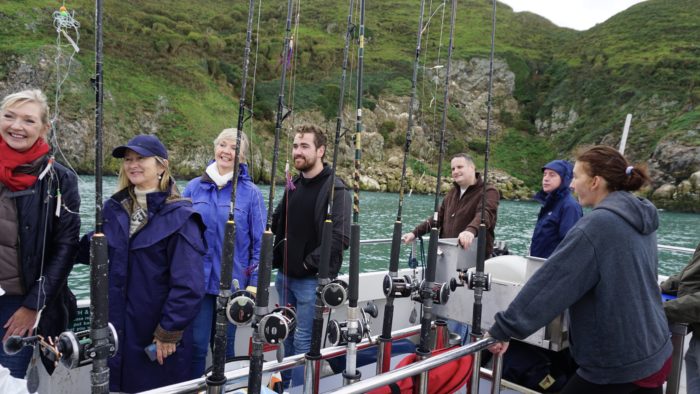 The boat journey to the site of the Tayleur 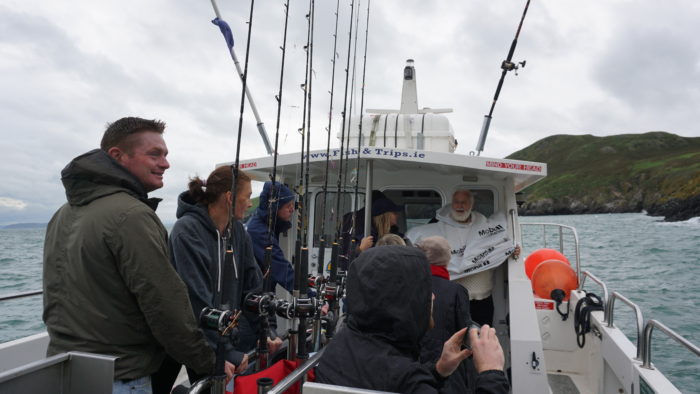 Laddie sharing his stories of his time on the Tayleur on the boat journey.