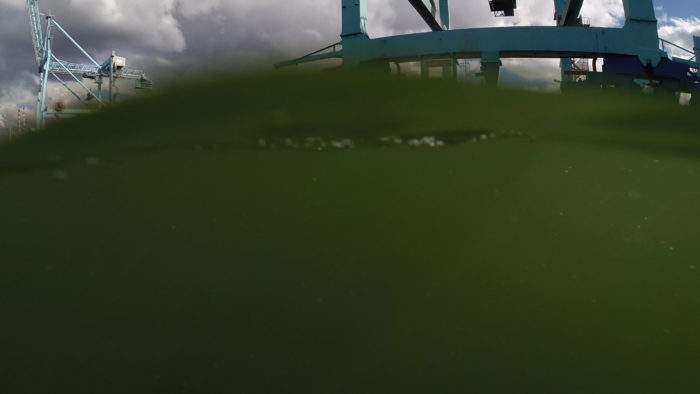 The River Liffey is situated in the heart of Dublin City.

Perhaps people going about their daily business may not notice the ever changing flow of water below walls and bridges as they rush from a to b. To swim in the River Liffey, to submerge in it’s waters and view the city from this tranquil other space, cut off from terrestrial hustle and bustle is a special position to be immersed in and one that all swimmers deeply appreciate.

Dublin has a thriving open water swimming community and an abundance of watery spaces to swim in, hundreds of people all using Dublin’s rivers, canals and coastline as their playground or place of ritual and inclusion. The Dublin swimming community have become intrinsic to my swimming and art practice and I’m eternally grateful for all their support.

“in – with – along – through” is a four screen film of the River Liffey filmed while swimming. The film was commissioned by aemi http://aemi.ie/  for their “port | river | city” project 2017. http://www.portrivercity.ie/ The work will be back projected onto 4 windows that faced out into the street from the Dublin Docklands Building on Custom House Quays by the River Liffey. This will take place Thursday 21st September and Friday 22nd September from 5pm – 11pm.

The film footage is taken from the last 6 years of swimming in the River Liffey from Heuston Station down to the the Poolbeg Lighthouse. Some of these swims are official, some not so, some footage is taken from other art projects like the ‘South Wall Swim’ where we worked closely with Dublin Port to swim the waters through Dublin’s busy, working port. All the swims were done safely with swimmers who were suitably trained and with the correct safety cover.

The title “in – with – along – through” was inspired by a chapter by Nancy Nowacek and Lowell Duckert called – A short history of the Hudsonian Ice Age.  “How do we understand a body of water without our own – in it, with it, through it?” p 101 Oceanic New York edited by Steve Mentz 2015 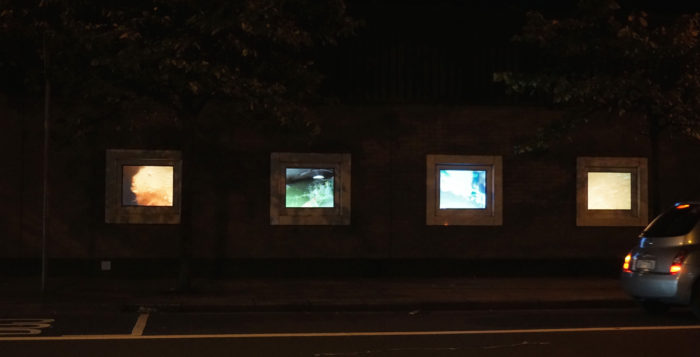 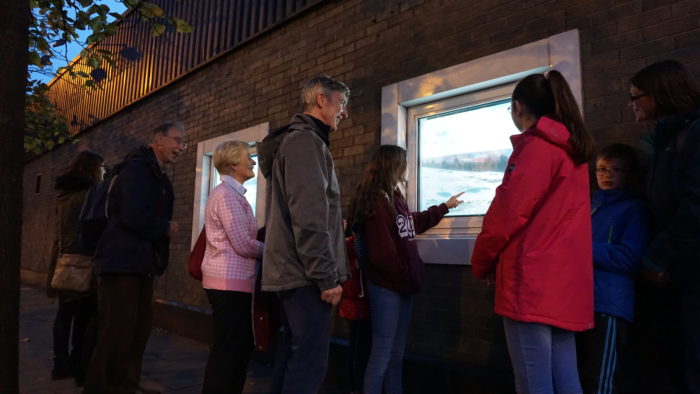