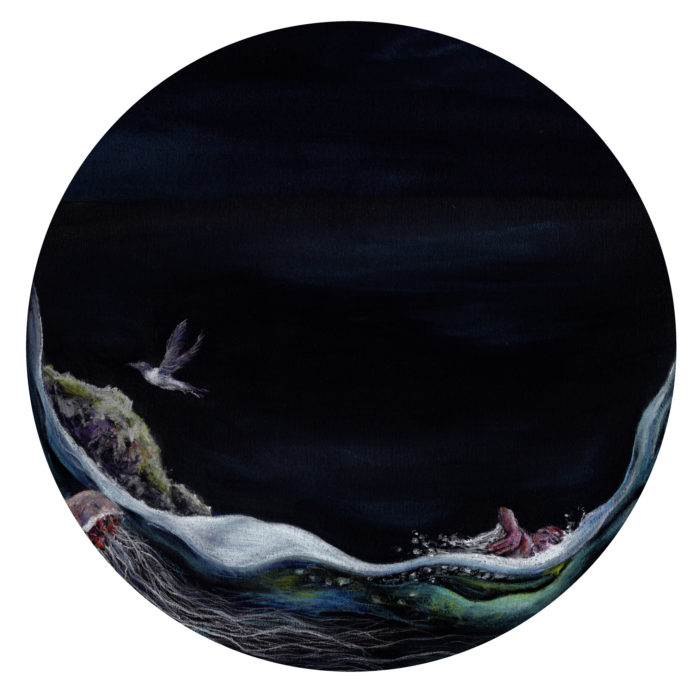 A night time journey by land and water.

‘Beyond Islands’ took people on a journey, with participants choosing whether to travel by land (walking) or by water (swimming). Along the way, the audience encountered performances, readings, video projections, and illuminated floating sculptures. Beyond Islands was the culminating work from a series of exploratory swims to and around Lambay Island that I undertaken.

The final destination for both the walkers and swimmers was The Springers Bathing Area in Skerries. At the Springers, on the water, Landless, a four piece acoustic harmony band sang “The Ramparts Against Uncharity, (1) a ‘siren shanty’ written by Landless member Ruth Clinton especially for the project. Landless sang as the ‘voice of Lambay’ who, like a siren, calls the listener to turn away from the signs of ecological collapse; the song warns of the perils of doing so.

The swimmers listened while floating in the water, and the walkers listened from the shore. 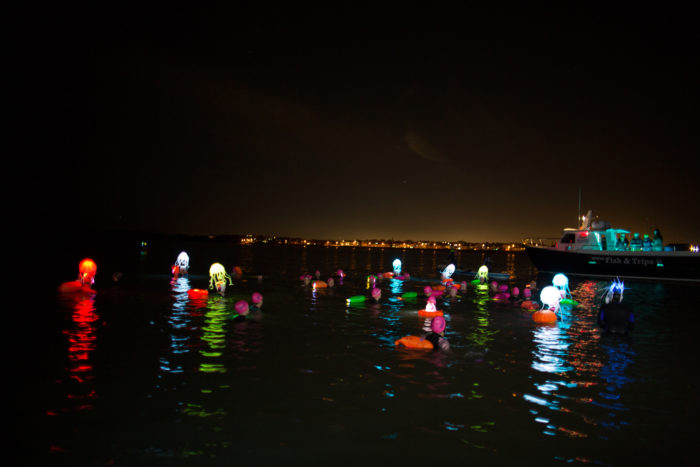 Ian Fleming disguised in a mound of seaweed read a text ‘King Fish’ adapted from Natural History of Lambay, written by Robert Francis Scharff, who was part of the Praeger expedition that spent a summer researching the flora and fauna of Lambay in 1907. Scharff’s text describes how the King Fish was found on the shores of Lambay, this same King Fish can still be seen in Dublin’s Natural History Museum today.

Synchronised swimmer Aoife Drumm performed for the swimmers off the giant SUP. Emer McLoughlin performed as ‘the swimmer’ sitting on the wall and reading a text written by myself.

Rosaleen ní Shúilleabháin was the narrator and guided the audience on their journey.

The lanterns were made by various groups from Skerries including Skerries Foroige, Prosper Fingal, Teddy’s Shed and an open workshop at Skerries Mills. Tony and Carol helped in ‘Teddy’s Shed’ to create the large floating lantern. 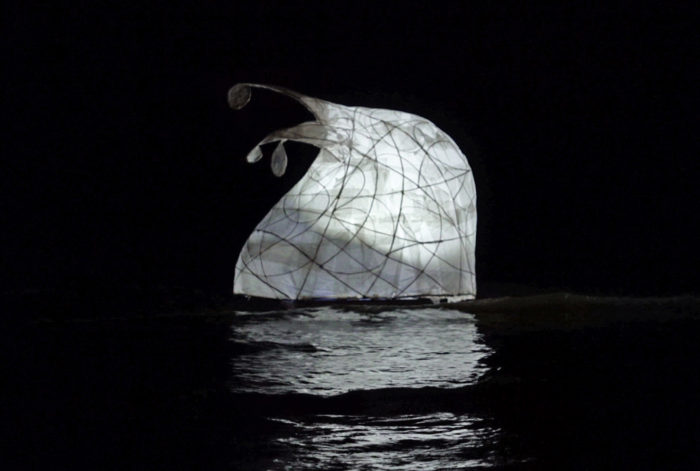 The Skerries Sea scouts gave us great kayak safety cover on the night, as well as Stephen Turner and Carol Finlay and Kinny from Swim Ireland kept the night swim safe with the help of Fergal of course.  The ILDSA lent us loads of tow floats and there were also little, last minute miracles on the day like Geraldine’s horse box to move all the sculptures and Micheal and his tender. The Skerries Frosties, Michelle, Chris, Blue, Caroline Cowley, Robbie, Gavin, Catherine, Pure Magic Watersports…. and so many people who helped.

This project was supported by the Arts Council Ireland Visual Arts Project Award 2018.

Slideshow of images from the event below: 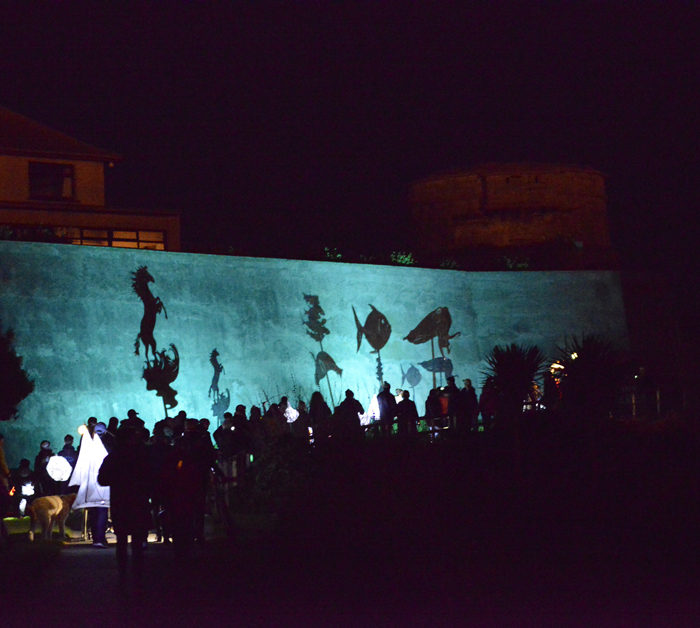 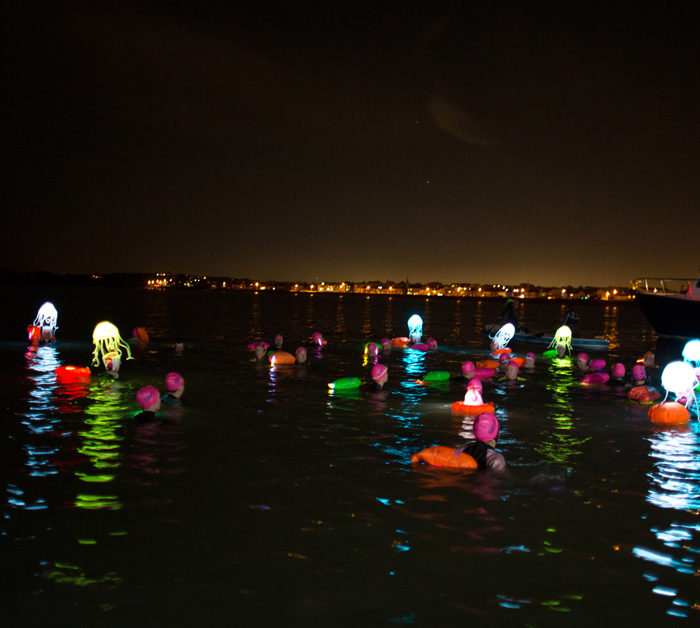 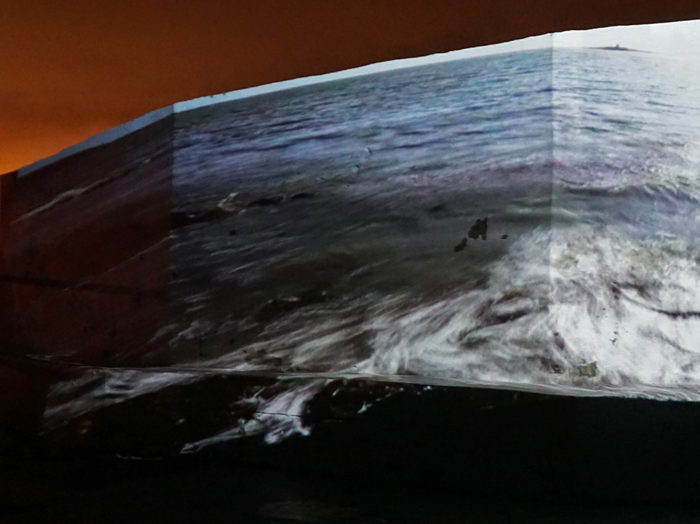 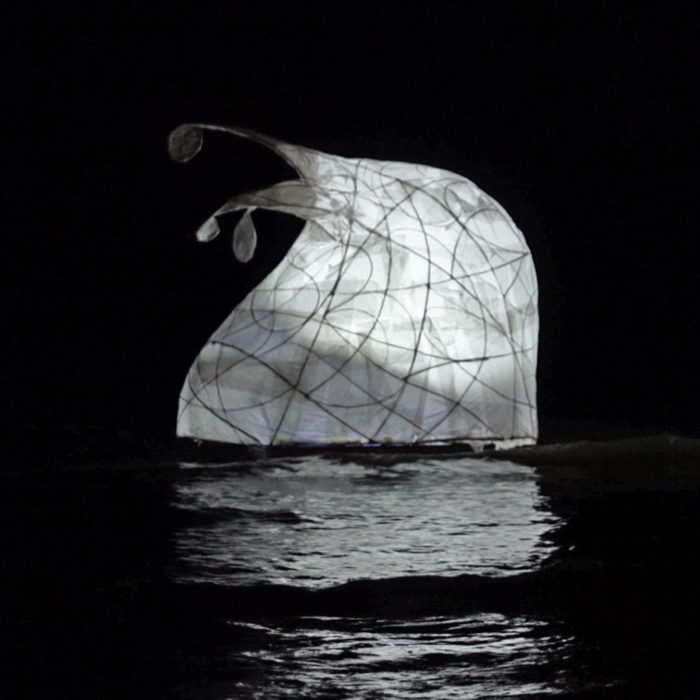 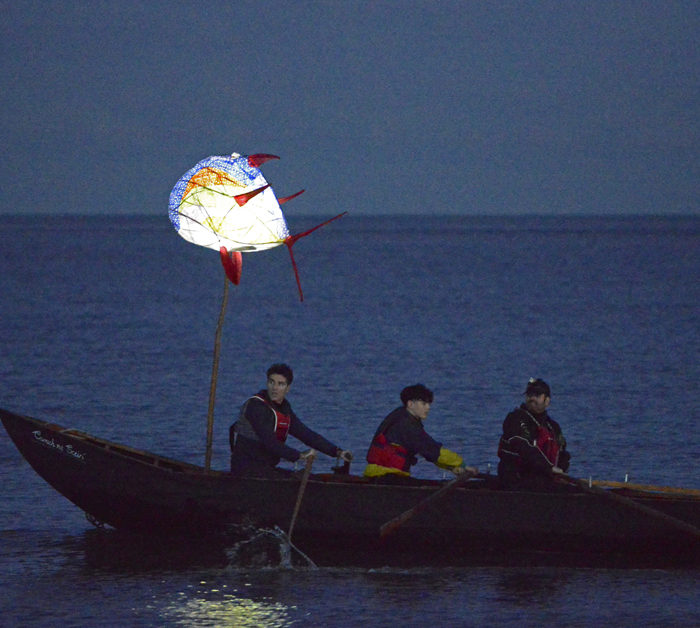 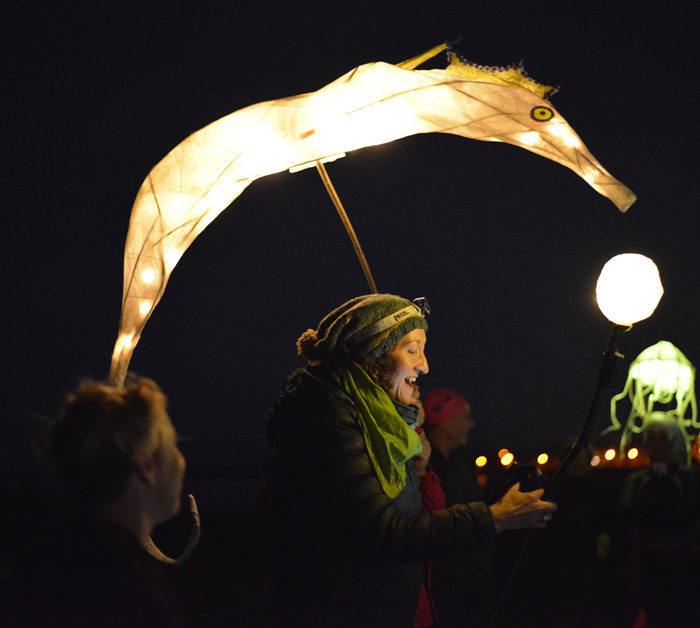 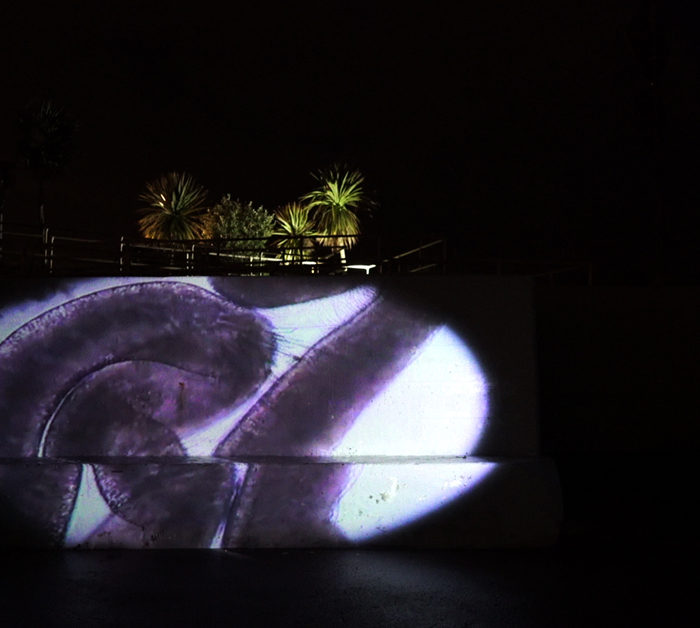 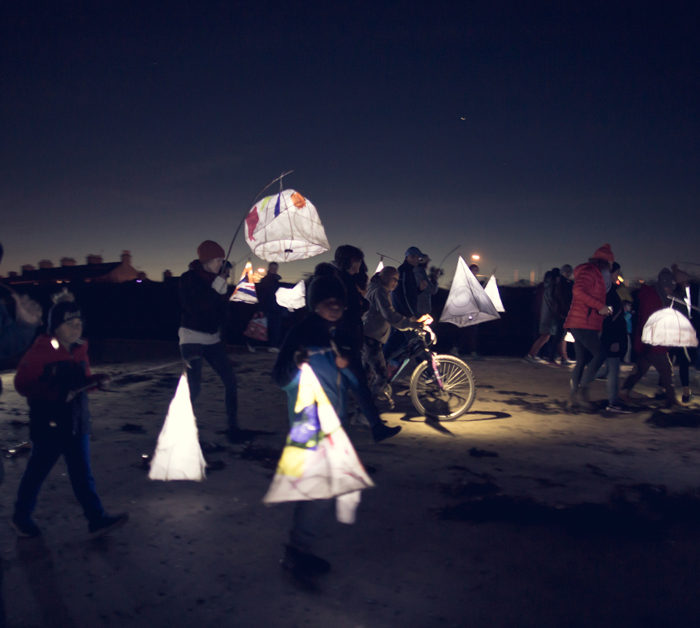 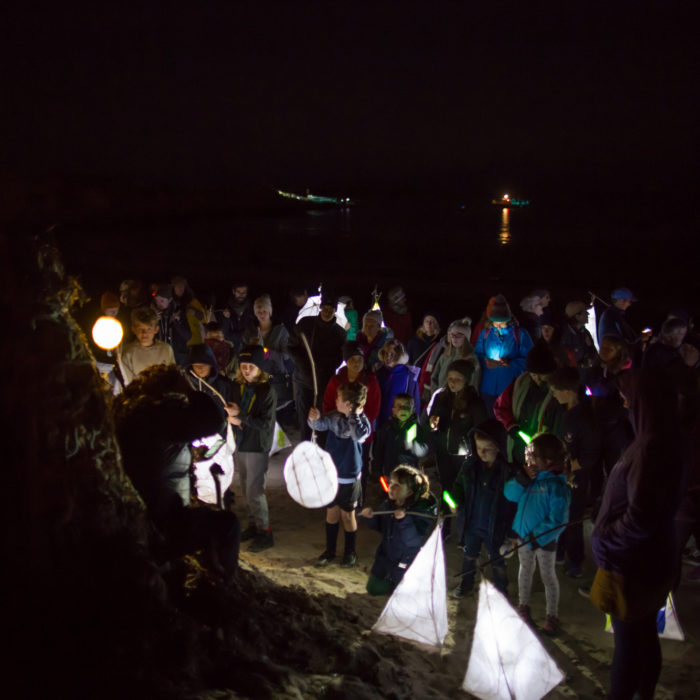 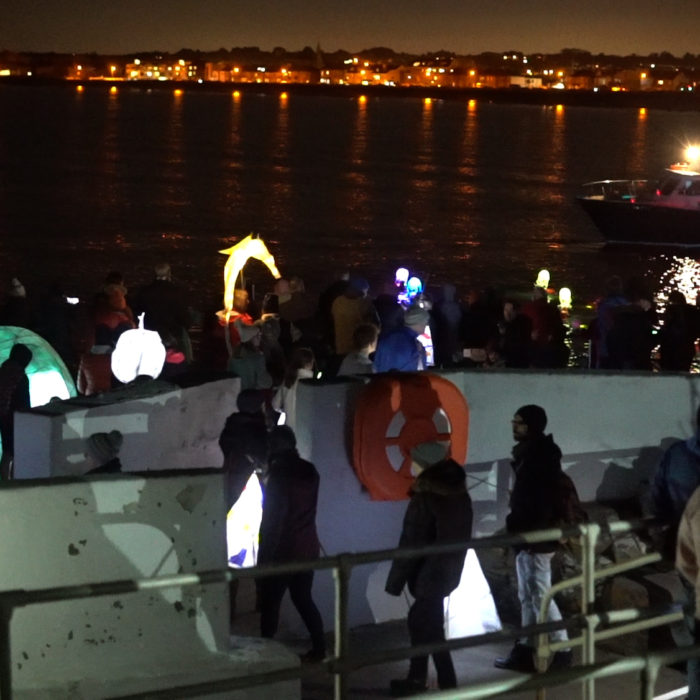 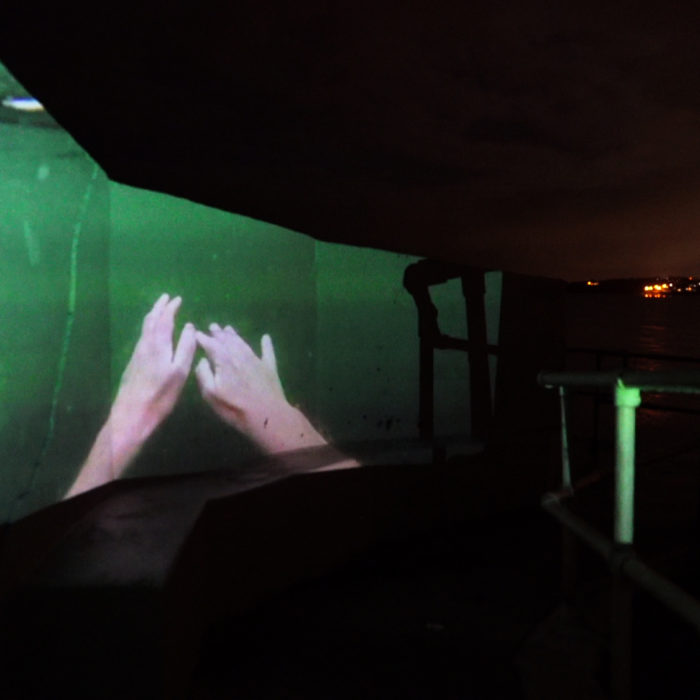 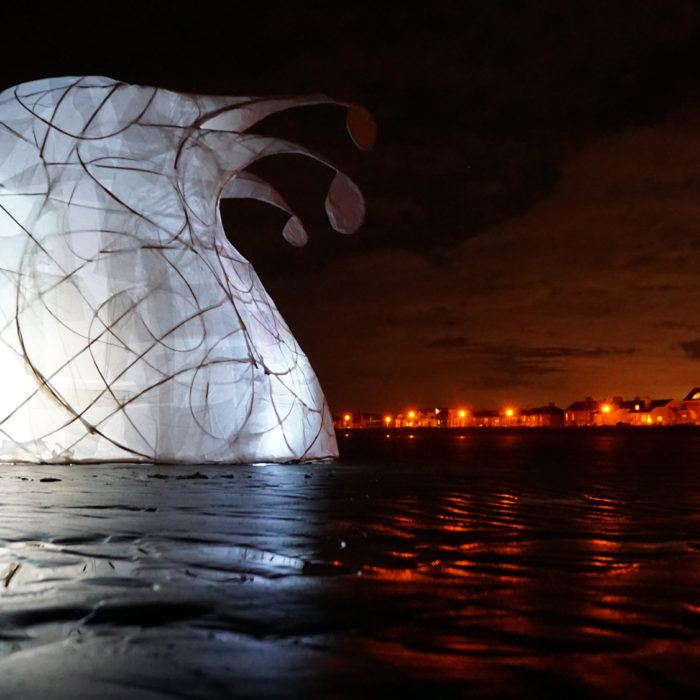 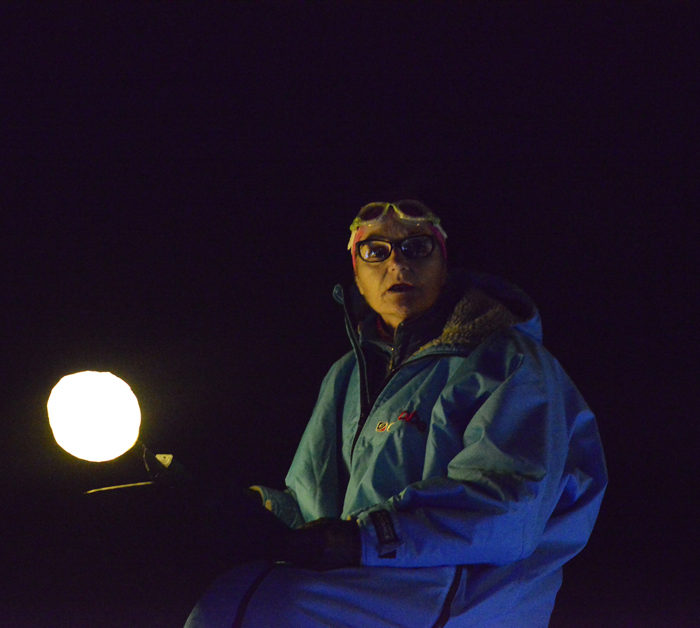 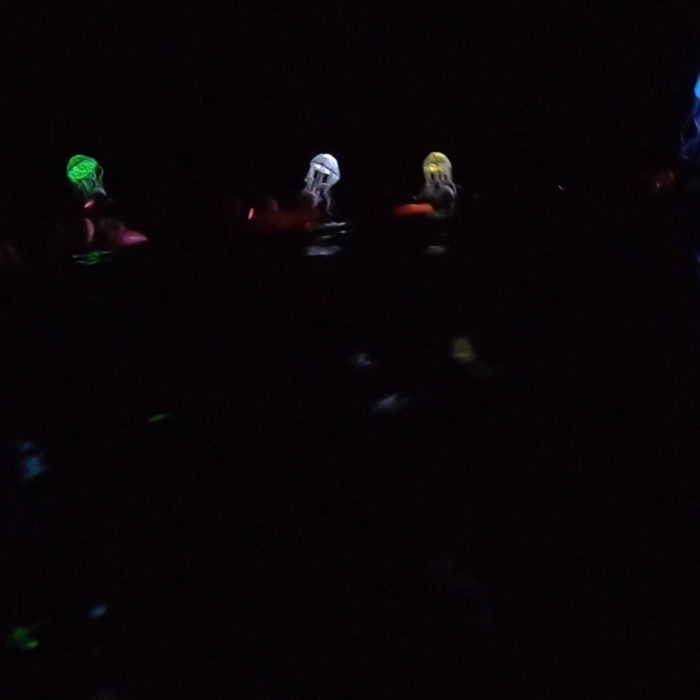 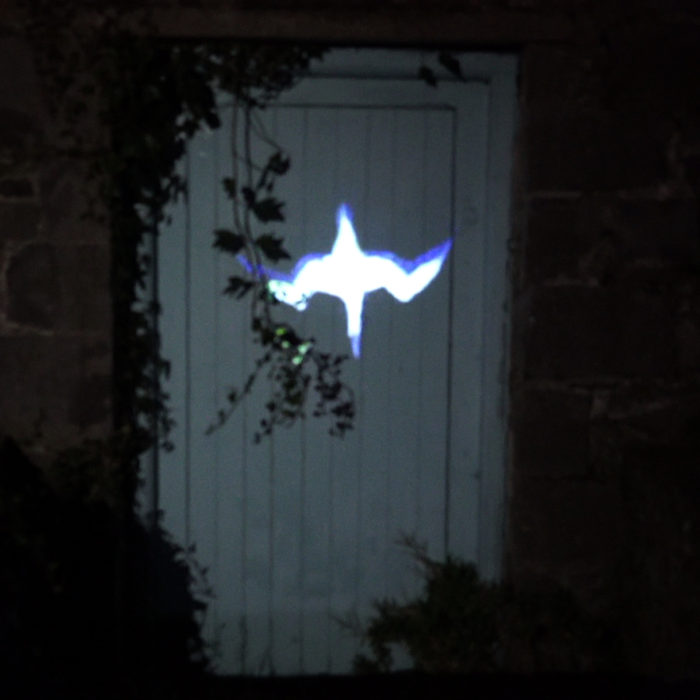 (1) ‘Ramparts Against Uncharity’ was the nickname given by architect Edwin Lutyens to the circular wall he built surrounding the castle and woods on Lambay Island.

A short film of the event.

A slideshow of images of the process: 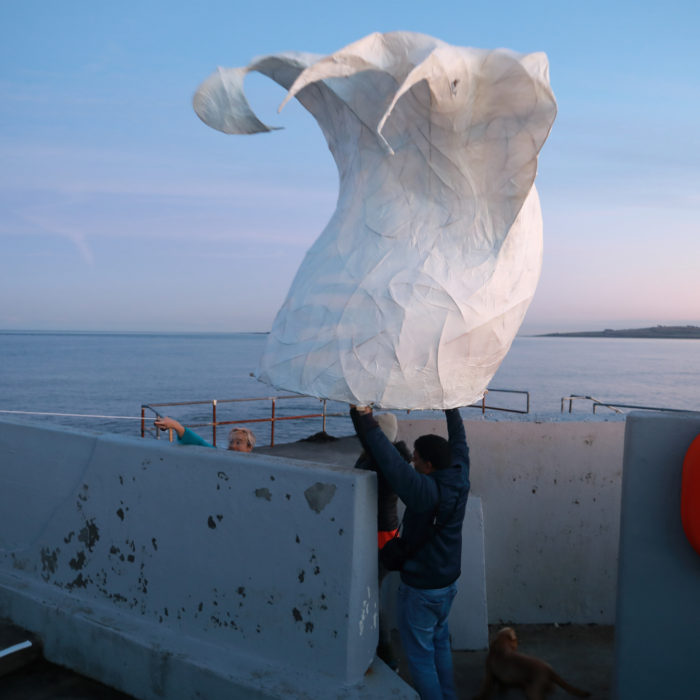 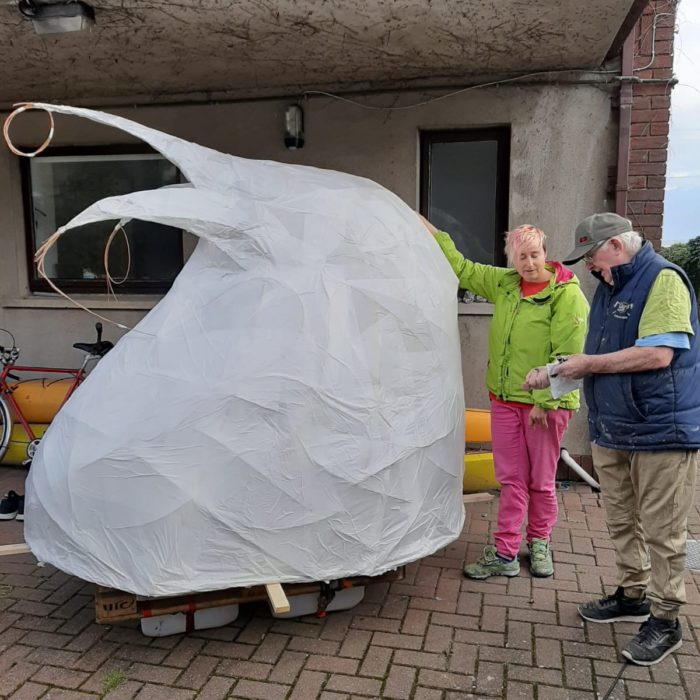 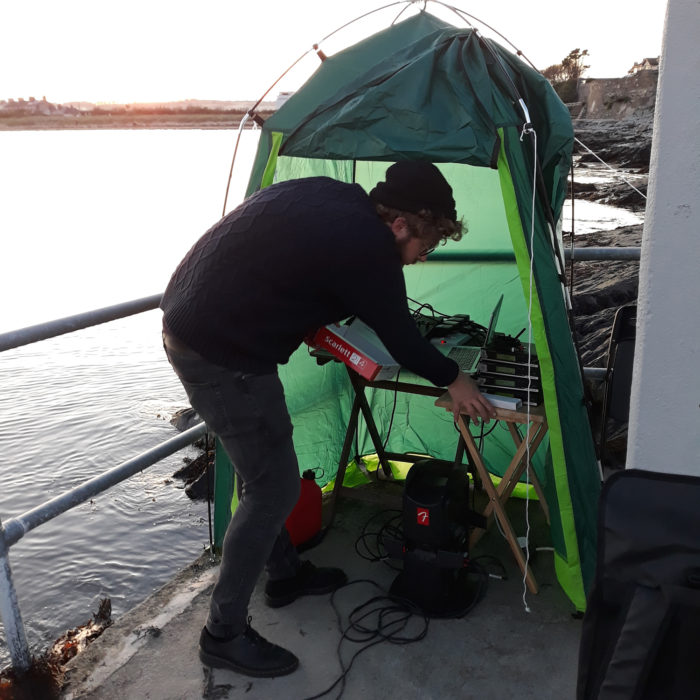 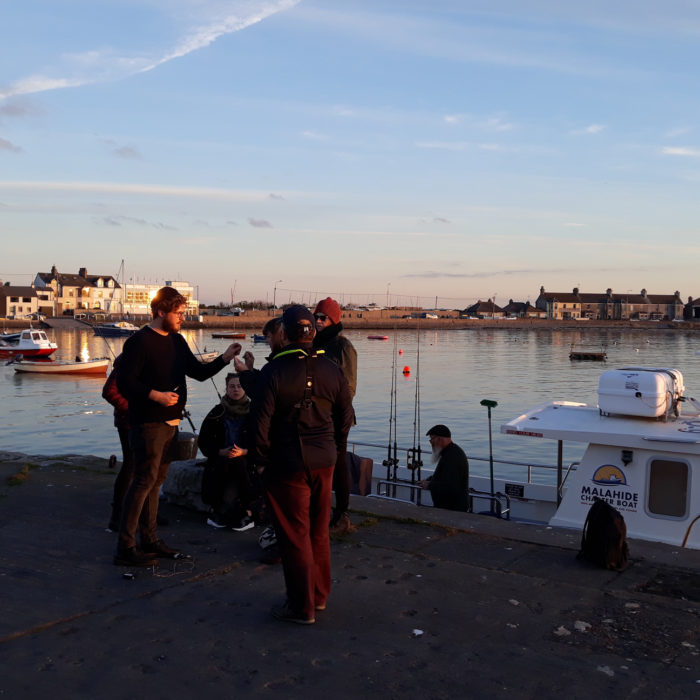 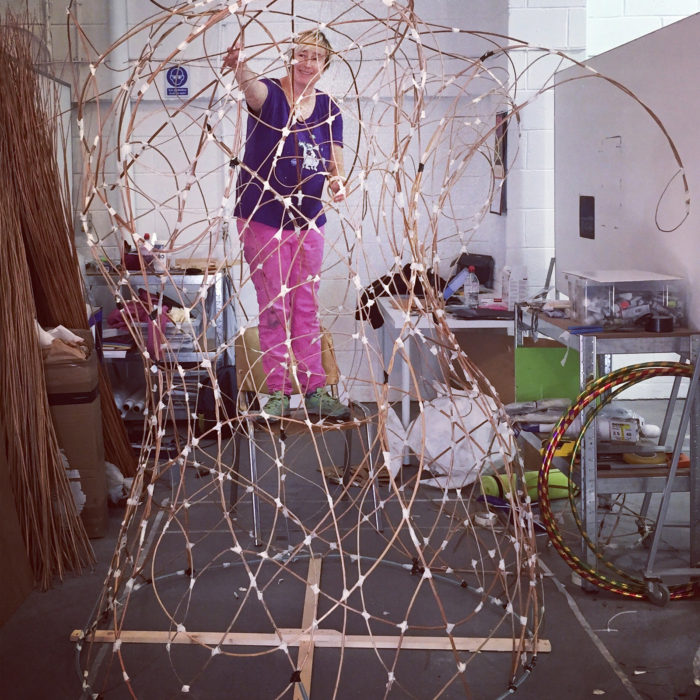 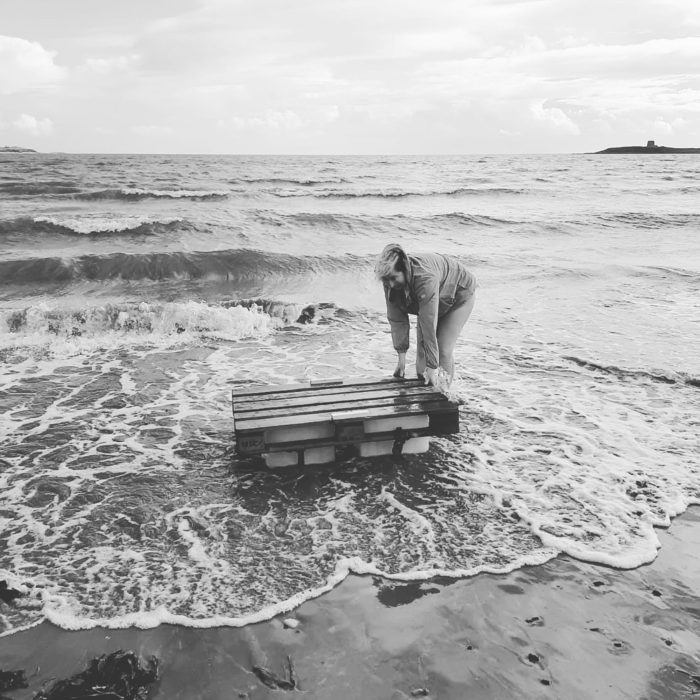 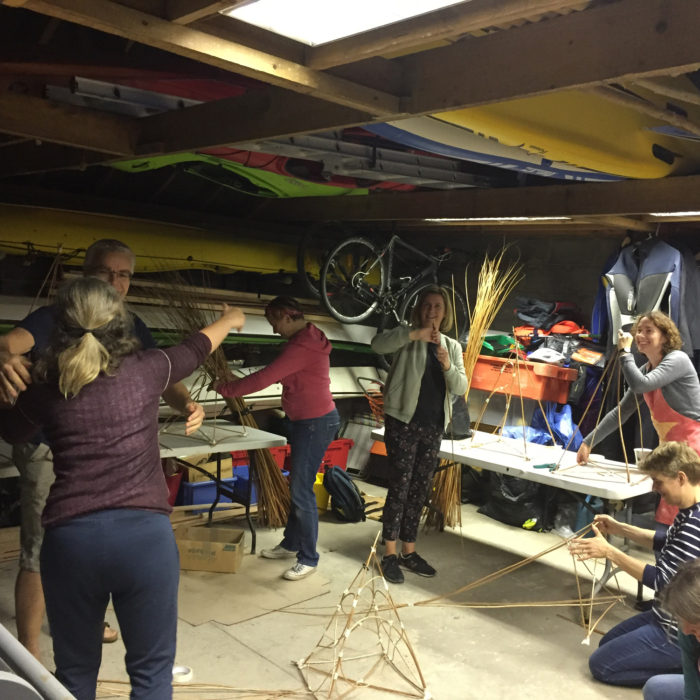 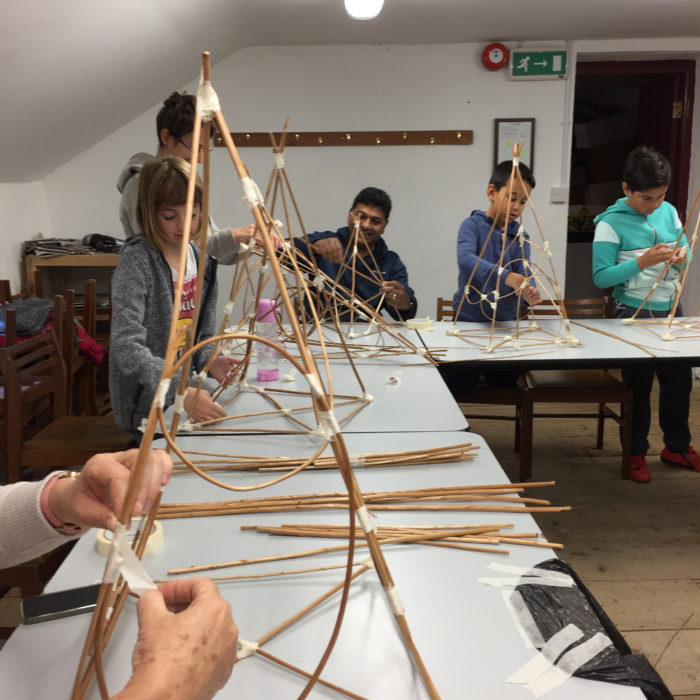